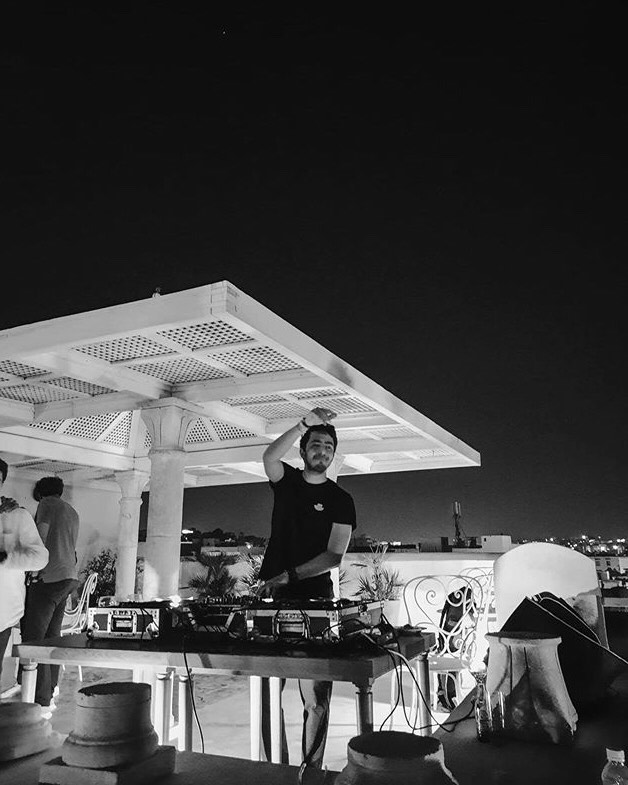 Posted at 08:06h in Non classifié(e) by darbengacem
92 Likes
Share

Hello, my name is Logan and I’ve been living in Tunis for just under a week now. I’m here to write about my experiences in and around the Medina for the next three months, hopefully providing a relatable and insightful perspective. With the help of the Dar Ben Gacem staff, I’ll be immersing myself in Medina life and exploring Tunisian culture and heritage – speaking of which, let’s talk about a rooftop party!

Though Dar Ben Gacem is mostly interested in authentic Tunisian culture and history, its doors are open to anyone and everyone – especially during the pandemic when bookings are infrequent at best. So, for the first time ever, Dar Ben Gacem hosted a rooftop party. The organiser was Yahya Bouhlel, founder of a Tunisian tech start-up who was celebrating the three-year anniversary of his company. I was quietly pleased to be able to spectate a real Tunisian party, though the quality of the canapés indicated this wasn’t just your average rave.

I was able to talk to a few people while I was there, and learned some good lessons in Tunisian culture; I learned that if you eat Grain d’Or cereal you are “a Grain d’Orguy” – in essence, a weakling. I excused myself momentarily to go hide the three boxes I had purchased that day.

I also learnt a bit about the Tunisian techscene from Bouhlel, who told me all about his company : GoMyCode is a fast-growing start-up which provides computer-science and programming training to aspiring developers in North Africa, Europe and the Middle East. Within a year, their staff of 50 people taught over 1000 students. A Stanford dropout, Bouhlel has become the poster-boy for aspiring entrepreneurs, and continues to directly inspire young Tunisians. I noticed a similarity between Dar Ben Gacem and GoMyCode: both are developing a part of Tunisian society. Dar Ben Gacem preserves and rejuvenates Tunisian culture and heritage; GoMyCode nurtures technological innovation in Tunisian youth.

In general terms, I enjoyed the party for what it was: a party, full of awkwardness and loud music . But I remembered a particular scene at the party: There was a group of teens partying next to a collection of ancient Carthaginian vases, an incongruous juxtaposition for sure. This scene, of old and young, reminded me of the Medina where in there is the same dichotomy .This constant struggle between heritage and modernity is what makes the Medina, indeed the whole of Tunisia, a fascinating place to visit. Regardless, I have a lot yet to experience before I can make such sweeping, florid claims. So, until then, Beslama!